We need the clearest picture possible to save a child's heart.

Thanks to you, we have raised the funds needed for two vital pieces of equipment for our cardiac team.

With your help, we’ll be able to see a child’s heart so much clearer and save even more lives. It’s not just a machine, it’s a life saver.

These machines will help to treat 17,000 children a year.

One day he looked at his chest, pointed to his scar, and said ‘Mummy, what’s that?’ I explained that it was his scar from an operation.”

At just two years old, Joseph asked his mum, Ruth, about the scar on his chest.

Born with a heart condition, Joseph’s life was saved thanks to an Echocardiogram machine and the dedicated team of doctors and nurses at GOSH. Joseph is keen to pay tribute to the role the hospital and its staff played and continues to play in his life.

They saved my life as a baby, so I wouldn't be here without the hospital.”

It was during the pregnancy that Joseph’s parents, Ruth and Brad, found out their son was seriously ill. Both prenatally and as soon as he was born, Joseph was looked after by paediatric cardiologist Dr Robert Yates. The family were told that without surgery their new-born baby would not survive.

Dr Yates was with Ruth on the day Joseph was born. With the help of the Echo machine, Dr Yates created a treatment plan which began the day Joseph was born. Almost instantly, he performed an operation to enlarge the hole between the upper two chambers in Joseph’s heart to get his blood mixing. Then, two weeks later, the cardiac surgeons performed an arterial switch operation to disconnect the main arteries coming from the heart – the pulmonary artery and aorta – and reattach them to the correct sides of the heart.

Joseph receives an Echo scan with Dr Yates every year to check his heart remains healthy.

Every year I go back for a check-up with Dr Yates and it's so nice to see him." 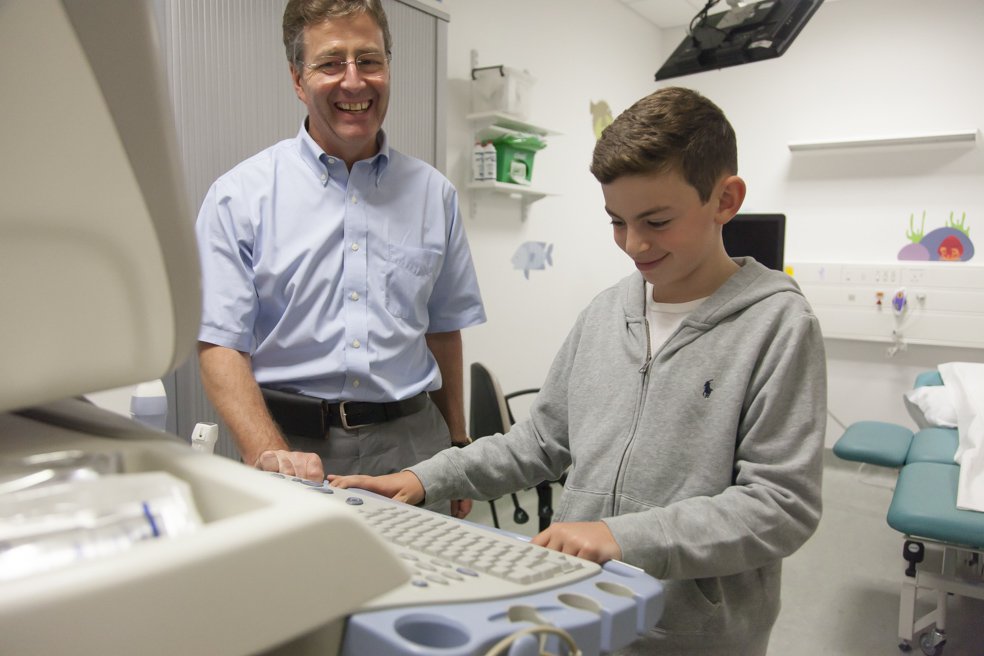 Your kind donation will be used to fund the purchase of two echocardiogram machines. Additional income raised over and above the cost of £149,893 will be used where it is needed most.

If you have a question about the appeal, making a donation or your contact preferences, then please call our friendly supporter care team on 020 3841 3131.