While most teenage girls clutch bright handbags packed with make-up, Amy carries a discreet black medical bag everywhere she goes. It contains the cutting-edge Heartware device that is keeping her alive.A year ago Amy was just like any other teenager. She was enjoying school, going to Girl Guides once a week and joining her friends for shopping trips in town at the weekend. Then she got sick. She was vomiting and had diarrhoea. Her mother Andrea “knew” it was more than just a bug.

Within weeks she was admitted to her local hospital in Flintshire, in north Wales, and within a month she was in a critical condition. Her tiny heart had failed and she was soon rushed by air ambulance to Great Ormond Street Hospital (GOSH), her family left rushing to the train station to travel south to be at her bedside.

She was suffering from dilated cardiomyopathy and her heart was too weak to pump blood around her body. Within hours of arriving at GOSH she had become so sick that doctors put her on a heart and lung machine and confirmed what her parents had already started to fear; she would need a heart transplant and that roughly 30 per cent of patients die before a new heart becomes available.

“Four days after going into her local hospital, she suffered massive heart failure and was critical,” said her mother Andrea, 42. “Until then she’d been a normal 13-year-old, doing normal 13-year-old things. The doctors had first thought it was gastroenteritis and sent us home, but as her mother I knew it was out of character. I know her better than anybody.”

For Amy, now 14, the flight to GOSH was only her second time in the capital (more than 50 per cent of GOSH patients come from outside the capital). “I hated the air ambulance. I’m never going in a helicopter again. They had to strap me down and it felt like I was in Casualty,” she said. “I knew I was poorly, but I didn’t really know how poorly I was or what was going on.” 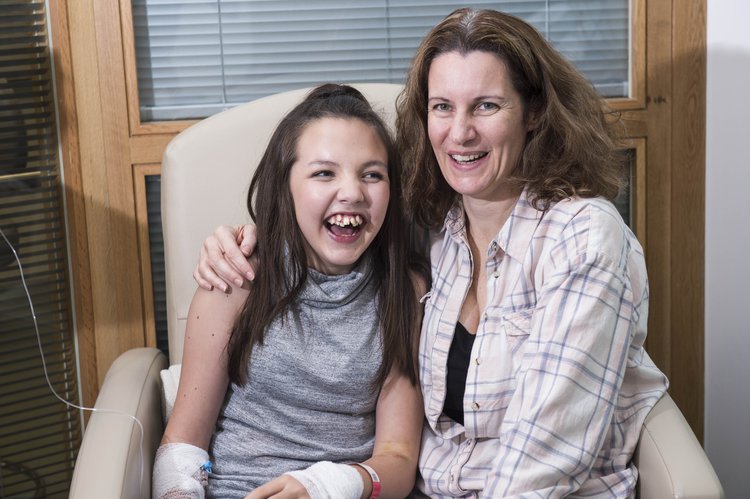 After she had spent a week in intensive care her doctors recommended that Amy become the fourth patient at GOSH to be fitted with a cutting-edge Heartware artificial heart. It was, they explained, the only choice available.

“The Heartware device has the benefits that patients can leave the hospital and there is a lower risk of stroke, but it does come with its own set of problems,” said Professor Andrew Taylor, the Director of Cardiorespiratory at GOSH. “For example it is a pulseless device and sounds like a washing machine through a stethoscope, so we need to make sure a patient’s local GP knows what to expect.”

The Heartware doesn’t entirely eliminate the risk of stroke though, and in Amy’s case she suffered a stroke during the open-heart surgery to install the device. “She was initially affected quite badly by the stroke, but we had no other option, we had to go down the route of the Heartware,” said her mother.

Thankfully, Amy has recovered well from the operation and money raised by The Independent’s Give to GOSH appeal will fund research into devices such as Heartware to find longer-term solutions for patients waiting on the donor list.

This story was originally published in the Evening Standard on 25 November 2015.