Elliott is just two years old but has already spent much of his short life in hospital. The blond-haired boy with the big smile has touched the hearts of every doctor and nurse who has met him in his GOSH ward. But now the blue-eyed boy urgently needs a new heart.

Elliott has spent more time than almost any other child at GOSH hooked up to a mechanical heart, known as a Berlin Heart, while waiting for a transplant. He was diagnosed with heart disease at just two weeks old and in February suffered heart failure. He was rushed to be treated by specialists at GOSH and to be fitted with the Berlin Heart. 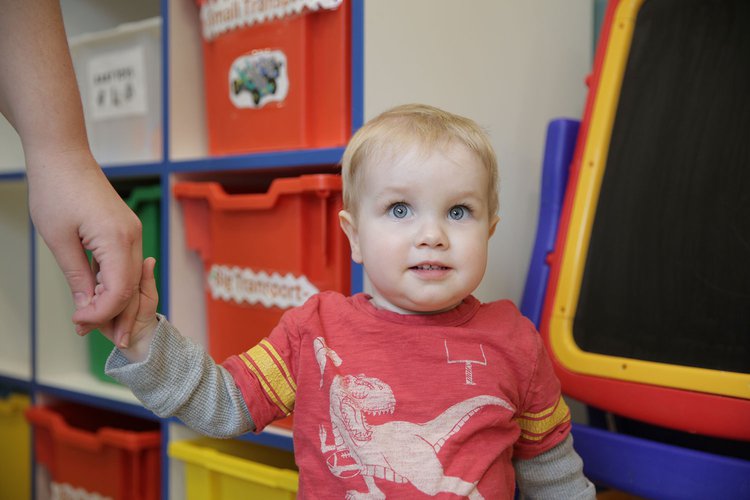 The tubes and pumps that are keeping his heart working sit outside his body, and he has nicknamed the machine ‘Tommy’ after his favourite children’s character Thomas the Tank Engine. It is what has been keeping him alive while he waits for a transplant.

Although he is benefiting from cutting-edge technology available in only two hospitals in the UK, it is by no means a permanent solution. Doctors are constantly alert to the risk of infection and blood clots, and the cumbersome machine means he has to spend his life in Bear Ward at GOSH. His mother Candace has not left his side since it was fitted in March.

Some of the money raised by the Give to GOSH appeal will go towards supporting the creation of a new specialist unit helping children like Elliott with heart failure who are urgently in need of a transplant.

Elliott’s parents, Candace and Adrian, did not know their son was ill when he was born. It was only when he was two weeks old that his grandmother, a paediatrician who lives in the United States, noticed he was breathing heavily during a Skype conversation that the first signs were picked up.

Candace took her son to accident and emergency where he was pronounced healthy, but a day later he collapsed, was diagnosed with diagnosed with dilated cardiomyopathy, and their nightmare began.

“We have accepted that this is our new normal.” Candace said. “It’s only when you take a step back that you realise that is it not normal. But if you thought the whole time ‘this is a horrible situation’ you wouldn’t be able to get through it.

“We just think this is where we are, this is the way things are. We accept that and try to enjoy it as much as possible because we know if Elliott was not on the Berlin Heart, the day he went on it would have been his last day. That’s how poorly he was. So for us this all feels like bonus time.”

She added: “There are lots of risks being on the Berlin Heart, but there are risks in life and noone knows what’s going to happen.” 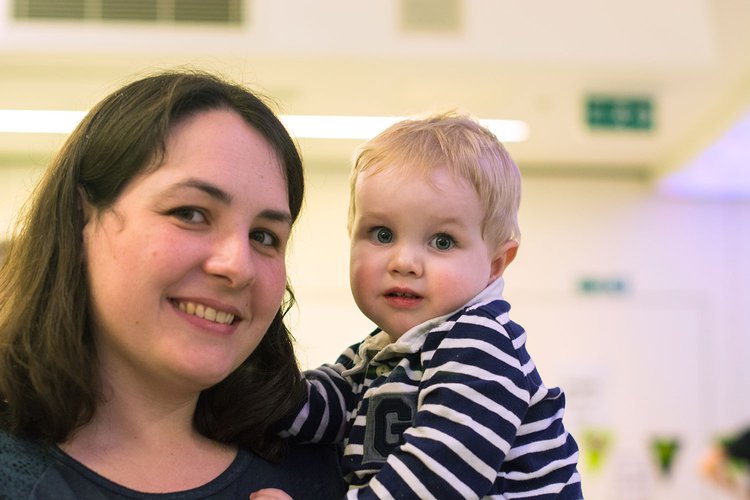 Despite what he has been through, Elliott’s cheeky personality cheers up everyone who meets him. He has become firm friends with other children on the ward and is known as a flirt who loves it when female doctors do the ward rounds.

After the trauma of being fitted with a Berlin Heart he stopped speaking but is learning Makaton sign language and loves blowing kisses. “Even though he is only two he has a sense of humour. If he gets someone to laugh he will do it over and over again.” Candace said.

She knows that a transplant is the only way her son will get better and sleeps with her phone next to her pillow so she does not miss the vital call. Elliott has been on the transplant waiting list for almost nine months. Because he is so small it is difficult to find a suitable organ and he is quickly approaching the GOSH record for time on a Berlin Heart.

Candace, who gave up her job working at a breast cancer charity to be at Elliott’s side, said she is optimistic that a transplant will happen. But there are mixed emotions. She said it is tough to think it is likely the heart will be from a child who died unexpectedly. She said: “Whereas we are in a situation where we know there’s always a possibility for Elliott to not stay here for very long, that family might not be thinking of that. That is hard.

“We had initially thought it would be so nice to be home for Christmas. But now I feel like if Elliott is still here and doing well I don’t mind spending Christmas here with him because it would be an extra Christmas for that family with their child.”

Speaking about how she copes with the situation she said: “Even though we are waiting, we know we are waiting for something that may or may not come, so in the meantime we just enjoy time with Elliott. That’s all we can do really.”

This story was originally published in the Evening Standard on 24 November 2015.