Six-year-old Ralph suffers from nephrotic syndrome, a condition whereby the kidneys to not function properly.

For Ralph, the hardest thing about having to live at Great Ormond Street Hospital (GOSH) while he waits for a new kidney isn't missing his toys. He has plenty of those and can terrorise the nurses by pushing his little red motorbike down the corridors of Eagle Ward.

The hardest thing for the six-year-old is battling not to cry out during his nightly dialysis sessions. "It really hurts," he said. "But the other kids are sleeping and I don't want to wake them up." Ralph suffers from nephrotic syndrome and is waiting for a kidney from his father, Nick.

Ralph has also suffered a series of painful blood clots that his doctors have been unable to fully explain. They hope the removal of his kidneys a month ago will stop the clots, but only time will tell if this is the case and he'll be well enough for a transplant.

Nonetheless, Ralph has already named his new kidney - Chase. His mother and father have been trained to operate his dialysis machine and hope to be home by Christmas. "The best thing will be sleeping in my own bed," said Ralph. 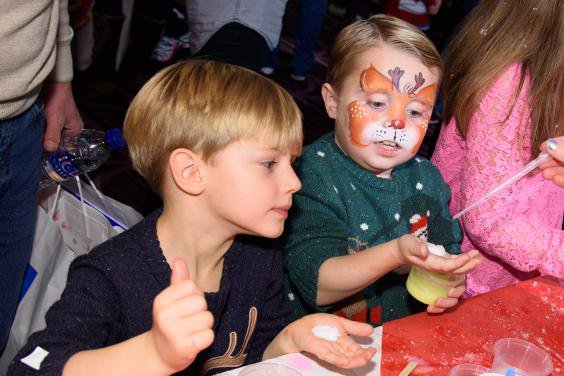 In December, Ralph, his brother Ted and his mum Amie attended one of the patient's Christmas parties, organised by the charity. Amie said: “Coming to the Christmas party has been brilliant. It has been a tough year, but this is a lovely way to end 2015."

Amie has been tackling Ralph’s daily kidney dialysis at home and slowly getting used to it. She said: “At first it felt like it had taken over our life, but we are getting into a routine now. I couldn’t wait to get home from hospital but it soon dawned on me what a big job it was.”

Ralph is now back at school, and his family are due to move house in the New Year. He added: “I’m most excited about the presents at Christmas — not my mum’s Christmas dinner — and I want some fishes, a toy robot and a Hot Wheels track.”

Support the work of the charity and make a donation today.

This article was originally published in The Independent on 17 December 2015.