Seven-year-old Rowan is the little superhero who is battling leukaemia. The worst of his treatment is over, but he has more than two years of follow-up treatment.

Rowan used to love walking his grandmother’s dog Woody. He still loves Woody, but since he was diagnosed with leukaemia in March he has been in and out of hospital for five rounds of intensive chemotherapy. “I used to walk him in the park,” Rowan said from the sofa at his home in Hemel Hempstead. “When I’m better, I’ll get to walk him again.”

Last week, Rowan was recovering from a bug that had landed him in hospital yet again. He was first admitted to Great Ormond Street Hospital (GOSH) earlier this year after he collapsed in his mother’s arms outside the family’s GP surgery. “It was 29 March 2015. That’s a date I will never forget,” said his mother, Abby. “The colour had drained right out of him.” 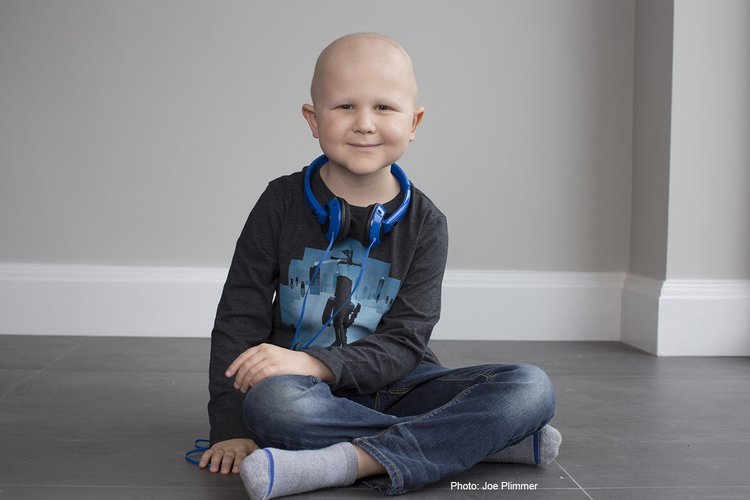 Rowan had been sick with colds, tummy bugs and rashes since he returned from a family holiday in Italy a few weeks before. Various trips to local doctors had failed to yield a firm diagnosis, with suggestions ranging from scabies to glandular fever, while Abby and her husband, Steve, first thought it was a reaction to a new washing powder. “He wasn’t a sickly child and when one doctor said he had scabies I was disgusted and quite embarrassed. It’s meant to be a Victorian disease,” said Abby, who gave up her job as a child-minder to care for Rowan after he fell ill.

Rowan’s condition was far more serious though, and he was taken to GOSH after a short spell in his local hospital in Watford, where he had been diagnosed with acute lymphoblastic leukaemia.

The parents of critically ill patients often say they feel reassured when they arrive at GOSH, and come under its expert care, but Rowan’s parents didn’t. “To go to GOSH meant it was critical,” said Abby. “It just felt terrifying. We obviously thought the worse. We thought that he would die that night.”

As they arrived at GOSH though, Abby and Steve were met by consultant haematologist Dr Nick Goulden, who made what the couple described as a “wonderful promise” when he got down on his knees and “told Rowan that he would make him better”. Abby said: “As soon as he said those words I felt something heavy lift off me.”

At GOSH Rowan initially underwent two weeks of intensive chemotherapy and had a catheter inserted into his groin to filter out high levels of white blood cells.

Over the past six months he has made excellent progress and returns regularly to GOSH, but still faces two years of sometimes gruelling follow-up treatment before he is given the all-clear. We will hear more from Rowan and his family in the weeks ahead, but in the meantime The Independent, Evening Standard and London Live's Give to GOSH campaign will support boys and girls like Rowan both in hospital and when they go back home.

It will support a dedicated play team for sick children, while at the same time working to fund research into conditions like the one that Rowan is suffering from, and on how to help ease the burden of pain on young patients.

“We knew Rowan was in a lot of pain. Even through the worst of his treatment he was brilliant… a real superhero,” his mother said. “We were lucky though, the child in the next bed was in their second kidney transplant. GOSH needs your help.”

Friends and family raise over £35,000 for charity

Within days of Rowan being admitted to GOSH his grandmother, Sandra, knew she had to act. “I’d always supported GOSH but when Rowan got sick, I knew I had to do something. Fundraising was something I could do to support him.”

Sandra, dubbed a fundraising guru by her family, signed up 57 relatives and friends to run in the 5km-long RBC Race for Kids at Battersea Park in June. The team was named Woody for RoRo after the family pet, and raised more than £33,000. 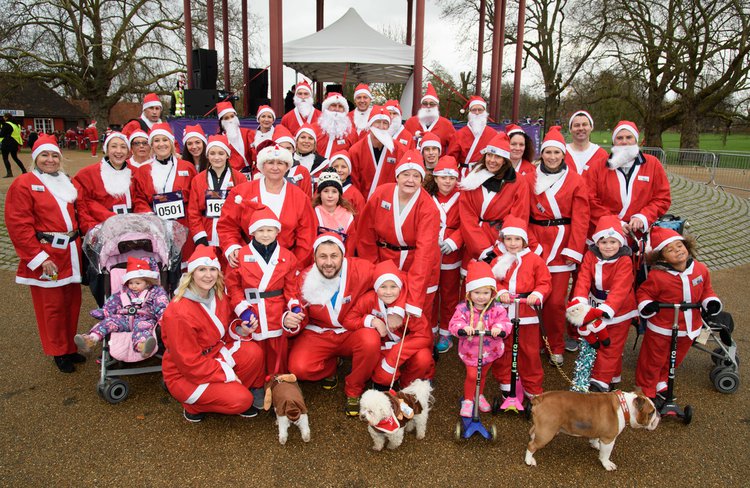 “I’m just the instigator. We have an army of family and friends, including my husband, who ran on a new knee, and Rowan’s father Steve,” said Sandra. “The dads often get forgotten when kids are sick, but he’s going through exactly the same as Abby but has to go out to work. It’s not easy, but he is always there when he’s needed.”

On 6 December, a 40-strong Woody for RoRo team joined 1,500 others dressed as Santa to run around Clapham Common as part of the London Santa Dash to raise money for Great Ormond Street Hospital Children's Charity. Rowan, along with his mum and brother, sounded the klaxon to start the race, and Rowan's grandma's dog, Woody, was there too. So far Woody for RoRo have raised nearly £5,000 through the Santa Dash.

This article was originally published in The Independent on 25 November 2015.