We couldn't build our new world-class facilities without the help of our supporters. To everyone who’s jogged, baked, boogied, knitted, dressed up, climbed mountains, held a car boot sale, ridden a bike, or made a gift to Great Ormond Street Hospital Children’s Charity – thank you.

Meet some of the supporters who have raised money for us in the past. 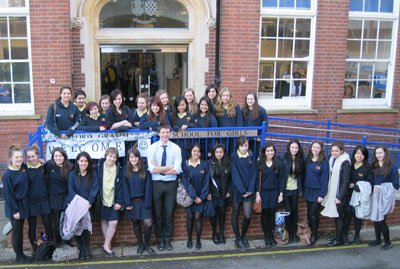 Outside Watford Grammar School for Girls

Take one inspirational maths teacher, add 20 of his willing colleagues and multiply by 30 pupils from Year 11. Add in 24 hours of maths and you reach their amazing total of £5,691.94.

A JustGiving page and live link were set up for the duration of the challenge and many viewers watched them during the night.

They were even nominated for the JustGiving Award for Most Creative Fundraiser!

During a two-year partnership as their charity of the year, recruitment agency Michael Page International raised an incredible £262,000 towards the redevelopment of Great Ormond Street Hospital (GOSH).

Showing incredible passion and enthusiasm, Michael Page charity champions were the lifeblood of the partnership, bringing the charity into every UK office. From tuck shops and quiz nights to an annual cross-company Yorkshire Three Peaks challenge, opportunities to get involved were available for all.

Thanks to their generosity, Michael Page staff have funded, among other things, an adolescent recreation and dining room for neuro patients on Koala Ward in the Morgan Stanley Clinical Building. The room will provide a much needed area for patients to relax, have fun and make friends. 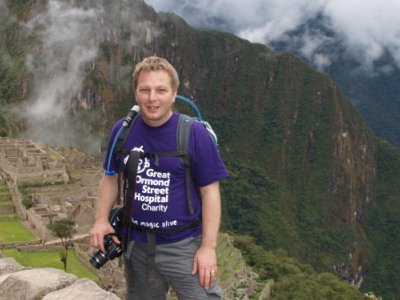 Sean on the Inca Trail Trek

Sean Middleditch admits to being "one of those people who never visits the gym and is stuck behind a desk all day" but that didn't stop him signing up for the Inca Trail Trek.

Sean's daughter Maisey has a complex digestive conditions, which means she can't eat most normal foods.

"By taking on the trek, I knew I was going to be helping other children like Maisey," said Sean, who raise £3,200.

"She was lucky enough to be treated in the new Octav Botnar Wing which has all the latest facilities. But many of the buildings are still in need of updating." 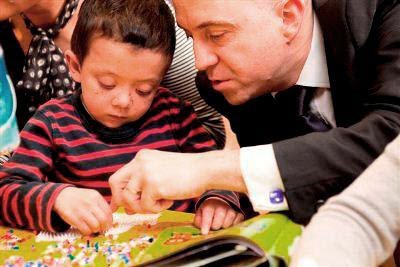 Phil Parry and his son Oscar

GOSH became a second home to Phil Parry and his family for several years while his son Oscar received treatment for two bouts of leukaemia. Phil credits the pioneering expertise of the clinical staff with saving Oscar’s life.

Phil and his family were so inspired by the hospital that they felt compelled to give something back. As Chairman of shipping recruitment agency, Spinnaker Consulting, Phil set about bringing together individuals from across the international shipping industry to help create the OSCAR Campaign (Ocean and Shipping Community Advancing Children’s Health and Research).

With an ambitious target of raising £500,000 for the underwater-themed Clinical Investigations Unit in the Morgan Stanley Clinical Building, Phil and the campaign board have worked tirelessly to raise the required funds.

Through a combination of major donations, charity of the year partnerships, fundraising dinners, funk rock concerts and the first ever industry wide trading day, they are nearing their target.

Find out how you can get involved with fundraising for Great Ormond Street Hospital Children's Charity.