About the Disney partnership

In 2008, Disney announced the partnership with Great Ormond Street Hospital Children's Charity, focused on raising £10 million towards the hospital's redevelopment appeal. This makes our partnership Disney's largest charitable project outside of the US.

Robert Iger, Chairman and CEO of The Walt Disney Company, launched the appeal with a £1 million donation. Prior to this formal partnership, Disney had been supporting the work of the hospital for more than 70 years in many different ways.

In October 2014, it was announced that Disney had reached the enormous £10 million target. The occasion was marked with Disney Chairman, Andy Bird, visiting the hospital to see the difference Disney’s support is making.

Disney employees from across the business have united to support the charity through an amazing amount of activities including hosting raffles, auctions, and sample sales. They have run, walked, trekked or cycled more than 9,000 miles in support of the hospital. Hundreds of Disney VoluntEARS have also given up their time to help bring a smile to the faces of countless young faces.

Throughout the partnership, the Disney Store has run a series of product promotions and special events to raise funds and awareness for Great Ormond Street Hospital Children's Charity. Promotions have included donations on sales of Disney soft toys, Christmas cards and gifts. 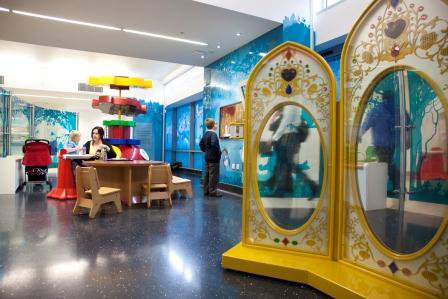 The Disney play area, located with the Lagoon Restaurant in the hopsital

Alongside fundraising, Disney provides unique and memorable experiences for patients at the hospital. Our patients have enjoyed a whole host of treats; from exclusive tickets to Disney film premieres, to amazing experiences such as once in a lifetime trips to Disneyland Paris and VIP shopping events.

Disney also bring magic into the hospital itself with mini film premieres for patients who are too ill to leave, and by arranging ward visits from much-loved characters such as The Lion King cast, The Muppets, Snow White and of course Mickey and Minnie Mouse. These events bring a welcome distraction from the daily routine of being in hospital.

For all Disney does to brighten the lives of children around the world, we are especially pleased to help create a warm and inviting atmosphere for the seriously ill children in the care of Great Ormond Street Hospital.

Robert A Iger, Chairman and CEO of The Walt Disney Company 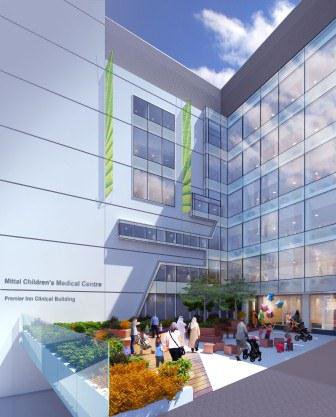 The courtyard space, which will feature the Disney garden, due to open in 2017

The impact of Disney's support to date

Thanks to the amazing generosity of staff, suppliers and customers, Disney have contributed to the new Clinical Building that opened in June 2012. The fantastic new Disney Interactive Play area offers patients, siblings and families a vibrant space to relax and play, and helps to brighten up a family's stay in hospital.

However, the partnership does not end there. As part of Disney's continued support we plan to create an outdoor garden, due to open in 2017. The garden will be specially designed and landscaped by Disney and will bring a little Disney magic to our patients and their families.