Meet ‘no-fear’ nine-year-old Abigail from Yorkshire. Last year, she had a heart transplant at GOSH and spent 10 weeks in hospital.

This October, she’ll be taking on our 5k RBC Race for the Kids in Hyde Park. Her dad Richard, older sister Hannah and mum Kathryn, will be joining her. Here, Kathryn tells us about Abigail and retraces her GOSH journey so far.

Receiving a referral for GOSH

Before Abigail was born, a scan showed that she had a coarctation- tightness or narrowing of the aorta. As a result, the left-hand side of the heart has to work harder to pump blood away from the heart to the rest of the body. When she was eight weeks old, she had an operation at her local hospital to correct it.

“In theory, that should have sorted everything out. We knew she may develop blood pressure problems in the future and need medication, but apart from that and annual follow ups, we thought everything would be fine," Kathryn Says.

Unfortunately, in 2019, a scan at a routine check-up showed that something wasn’t quite right. Abigail received a referral to GOSH, to see Dr Matthew Fenton. At their first appointment at GOSH, Kathryn and Richard learnt Abigail needed a heart transplant. 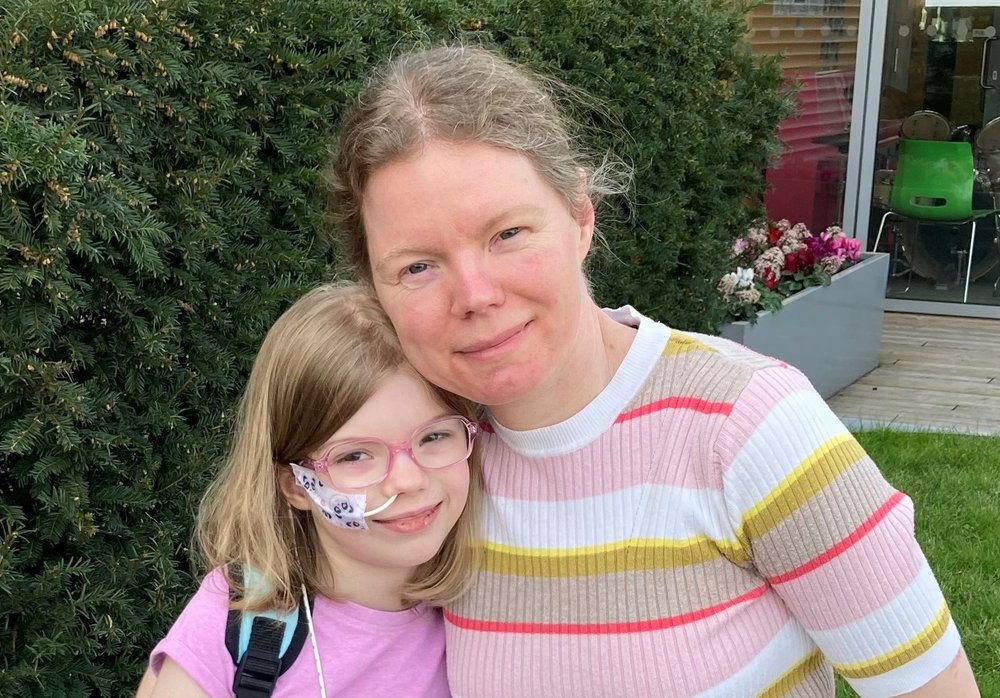 Dr Fenton explained everything in detail to Kathryn and Richard.

This affects how the lungs work and meant that Abigail needed a heart transplant before her lungs became too damaged. To try and slow the progression of the lung damage, Abigail had an implant known as an Atrial Flow Regulator. At the time, this was an experimental procedure and she was the 13th child in the UK to receive one. Abigail's name was added to the transplant list in early 2020, just as the Covid-19 pandemic began.

"(It) was a bit catastrophic because there aren’t many heart & lung transplants," Kathryn says. "There have been two in the last eight years in children throughout the whole of the UK."

Abigail started receiving care and support from the palliative care team at GOSH. Kathryn describes them as "wonderful".

"They really helped with symptom control, as Abigail had severe abdominal pain and vomiting whenever she ate," Kathryn says.

Abigail started taking medicine to try and help her lungs. In July, tests suggested her lung pressures were better than expected. The transplant team decided to move her back onto the heart transplant list.

"Abigail was struggling to cope by this point," Kathryn says. "She was getting short of breath just moving round the house. She couldn’t climb the stairs without needing to stop halfway and she needed daytime naps most days. We were receiving a lot of support from our local children’s hospice." 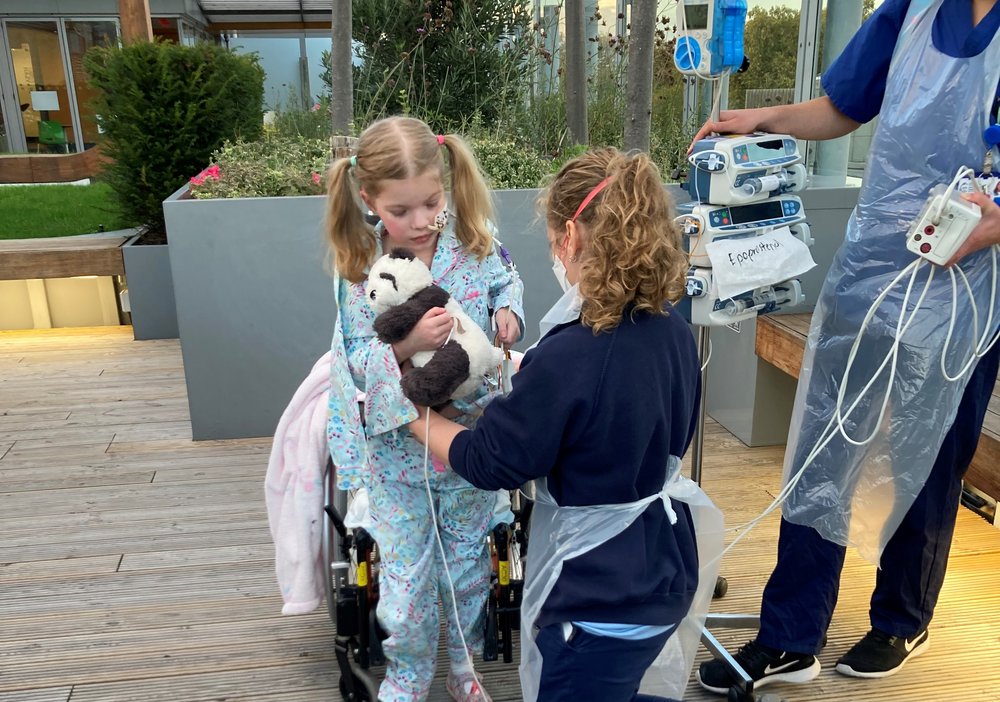 Receiving a call one autumn morning

One morning last autumn, at 6.14am, Kathryn received a call from the transplant team to say there was a heart.

"I was in the kitchen with a cup of tea and a bowl of shreddies. An ambulance arrived within 20 minutes whilst I was still madly putting stuff in a suitcase, then 10 minutes later we set off to GOSH," she says.

By this point, Abigail had been on the urgent transplant list for 589 days. "I’d given up hope of Abigail ever having a transplant," Kathryn says.

"It’s really hard waiting for a transplant because you are waiting for another child to die and their family to be courageous enough to donate their organs," Kathryn says. "I often think about our donor family. I don’t have the words to tell them how much I appreciate what they have done for Abigail.”

Abigail was quite unwell post-transplant. She spent seven weeks in GOSH's Flamingo ward – home to the Cardiac Intensive Care Unit. She then spent three weeks in Bear ward, which cares for children with cardiac conditions. Her lung damage was more severe than predicted and her new heart was struggling to cope. She had an infusion of a drug called Epoprostenol, to help her lungs work with the new heart. Luckily, Abigail was able to spend Christmas 2021 at home. She continued to receive the infusion through her central Hickman line (a tube used to intravenously administer medication). 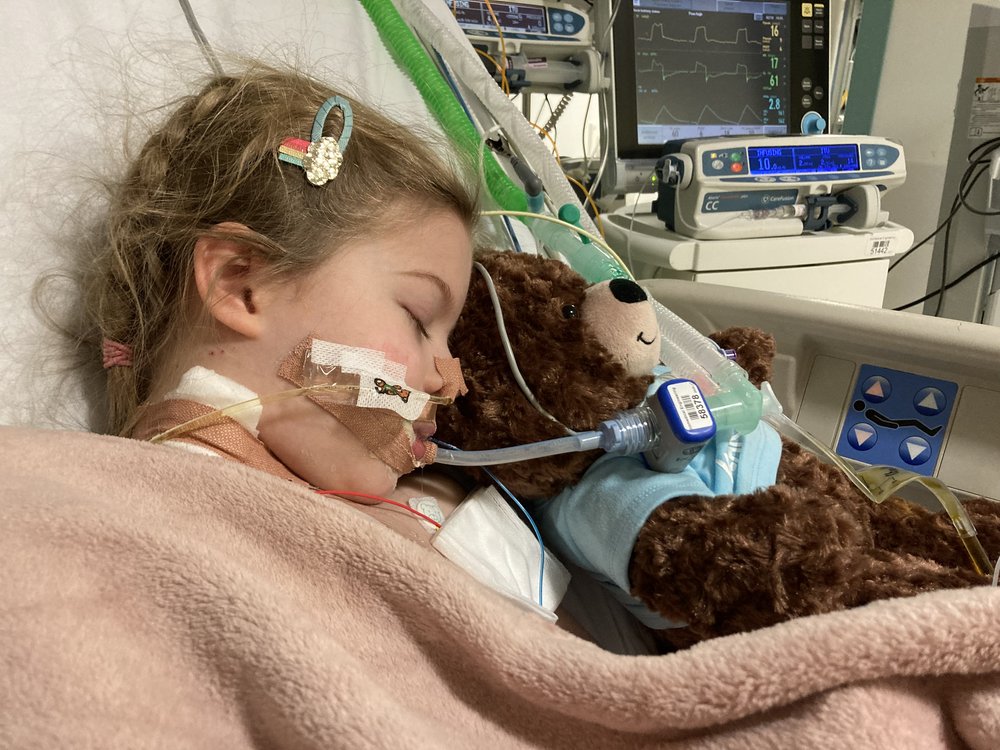 “It’s hard to put into words how it feels to come to GOSH," Kathryn says.

"It’s such an amazing hospital in a league of its own. Absolutely everything is orientated around children: from the pictures on the walls and floor, to the small chairs everywhere.

"Everyone is so good with children. It’s such a child friendly hospital and it feels so safe.”

"The specialist nurses are wonderful. Jane from the heart failure team really kept me going pre-transplant," she recalls. "I had so many questions about Abigail, and Jane was so incredibly patient and kind, and always had the time to answer my questions."

Today, Abigail continues to receive treatment at GOSH and is supported by the specialist nurses from the transplant and pulmonary hypertension teams. "Having easy access to expert help is vital when your child has a rare condition," Kathryn says.

Abigail's new heart is working well and her lungs are slowly getting better.

“She has her good days and bad days like anyone," Kathryn says. "A heart transplant isn’t a cure and Dr Fenton has been clear about that from the start. The average survival post transplant for a patient Abigail's age is about 15 years, so it’s not perfect, but it’s so much better than what we had."

"She’s a complete daredevil; this July at CenterParcs she was arial tree trekking on high ropes and rock climbing. She very much has no fear and will just go for it!" 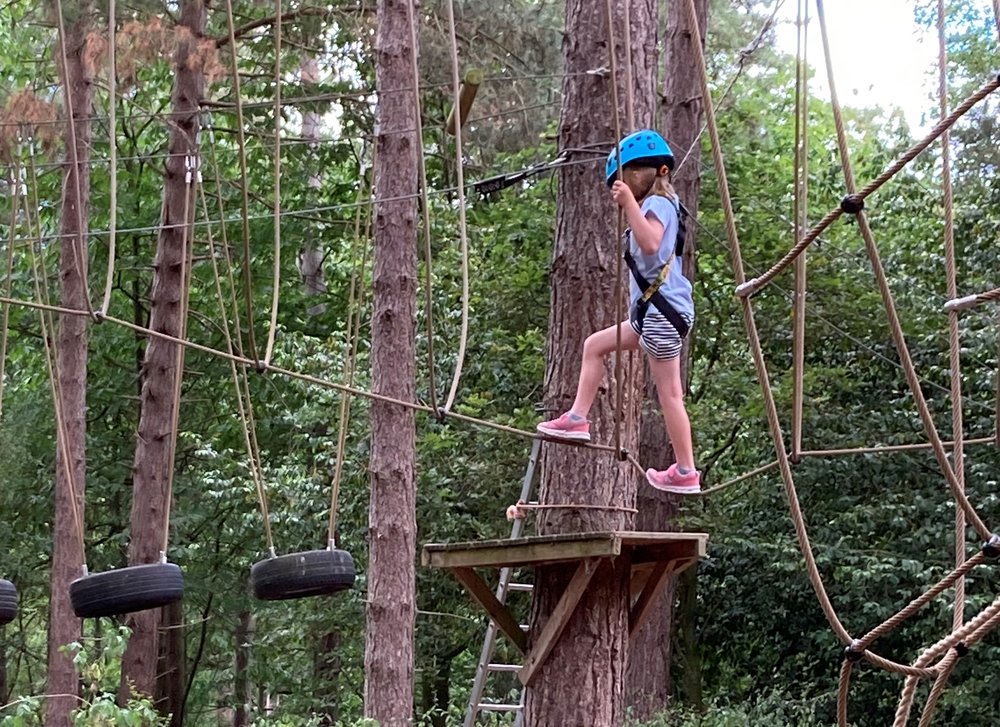 Taking on RBC Race for the kids

This October, Abigail, Kathryn, Richard and Hannah will be taking part in RBC Race for the Kids for the first time! They'll be walking the 5k route around Hyde Park to give back to GOSH.

"This time last year, we couldn’t take part in RBC Race for the Kids because we were on Flamingo ward with Abigail. It's something we can now do together as a family, something we wouldn’t have been able to do before Abigail’s heart transplant" Kathryn says.

Join Abigail at the starting line